Domestic violence seems to be steadily increasing each year, according to Amberly’s Place, the only family advocacy center in Yuma County with a crisis team to assist victims of domestic violence, child abuse, sexual assault and elder abuse.

Diane Umphress, executive director, released the latest statistics, which show that while calls for help in November were down from the previous month, they were still 12 percent over last year’s calls.

“As you look at the numbers, please be aware that each one represents a person who has experienced abuse,” Umphress said, pointing to some “sad news” this year.

“We did lose a victim of domestic violence to homicide this year and she did everything that was asked of her and still he killed her. Her children and family left behind will forever be impacted by this loss. This is why we continue to encourage you to report abuse.”

This year, Amberly’s Place welcomed the Arizona Department of Child Safety into the building and “love(s) sharing our space with these amazing people,” Umphress said.

The center overcame a few challenges this past year, including a storm that blew the roof off the building. The center now has a new roof that will hopefully survive any future storms.

Umphress also expressed appreciation to law enforcement. “We really work with some of the best law enforcement officers in this country and are thankful for their sacrifices for us every day. The sexual assault nurse examiners are the best in the state and know how to make people feel supported at a very difficult time,” she said.

“Our county attorney (Jon Smith) works with us and guides us on issues which impact victims as he fights for victim rights. Yes, we do believe in goodness as we are fortunate to see it every day with this great community,” she added.

Amberly’s Place staff has also helped community members who need the assistance in other forms. For instance, the advocacy center helped a grandmother who was given custody of her grandchildren by providing her with clothes, additional beds and a larger dining room table.

“How thankful we are for family members who will take children in and love them,” Umphress said.

The center gave a single mom a much-needed bicycle, her only means of transportation. “As she rode it around the Thrift Shoppe parking lot, one would have thought we gave her a BMW. This act of kindness gave her the ability to get around faster.”

The center also helped 28 families at Thanksgiving with food boxes courtesy of business sponsors. As a result, one family reported this was the “best” Thanksgiving they have ever had.

Umphress thanked supporters for their “kindness” that makes it possible for the center to reach out to victimized families. She listed an example: an investor who is putting up solar panels at the center to reduce electric costs, thereby leaving more funds for victim support.

There are still families that need continued support. The center has 10 families served by advocates who need help with Christmas.

“These are families who didn’t know in September they were going to be victimized and need help in December. Staff has been into their homes and the needs are real,” Umphress said.

“If you can’t do a family and want to sponsor a child, that is fine as well. Your kindness lets them know they are cared about,” Umphress said. 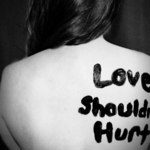